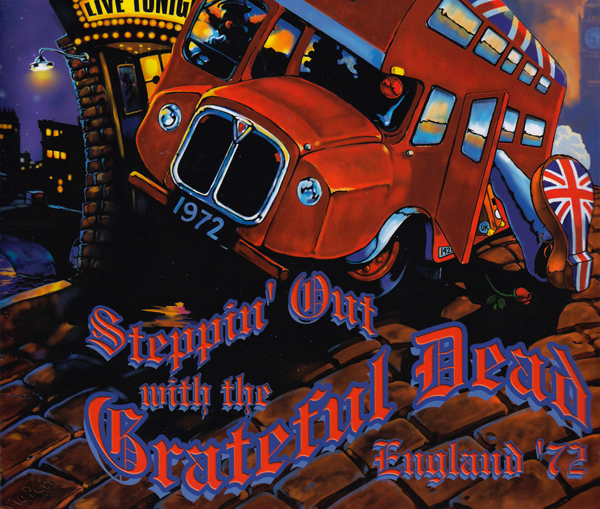 Twelve years ago, while you could still easily find a lot of the Europe 72 shows in trading circles, there were only a couple commercially available and some of the material was still floating around out there in less than desired quality. So management decided to release this compilation of material from the English gigs, both before and after they went to mainland Europe. Despite the fact that I've got this unwieldly suitcase sitting on a shelf that has every single show from this tour, I still keep this set around because I played it to death when it was released due to it having some of the very finest prime era Grateful Dead that you can find. Europe '72, the album, was such a polished song-oriented release that one might not even realize that this band jammed for really long periods of time during this tour and so this set was a far better representation of what they could do on stage than the original live album. There's so many highlights, but the gigantic "Dark Star" and one of the best versions of "Brokedown Palace" on the fourth disc and the "Truckin' > Other One > Wharf Rat" suite on side three have to really put to rest the idea that the Dead weren't one of the greatest, if not the greatest, live rock bands in their prime.