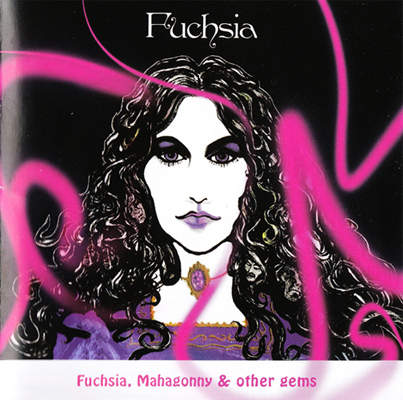 This is a collection of odds and ends from 1970 – 1978 compiled after the demise of Fuchsia. The first two songs are unreleased demos recorded on a primitive ¼ track about nine months after the release of Fuchsia: “Ragtime Brahms” and “The Band,” which happens to be the track Me and My Kites elected to cover on FdM. The third track, “Ring of Red Roses,” is from the original Fuchsia demo acetate and consequently the sound quality is not up to par. In 1975 Tony Durant began work on the “Mahagonny” project that was his interpretation of Berchtolt Brecht and Kurt Weill’s music. This project combined the themes from both The Threepenny Opera and The Rise and Fall of the City of Mahagonny. Tony recorded five demo songs, which are included on this disc. The music is quite a bit different from that on Fuchsia, but you can trace it back. If you are familiar with Brecht and Weill’s music you will know that it is dark and edgy. In fact their music has been covered many times, the most notable being the Doors’ version of the “Alabama Song.” By contrast, Tony’s interpretations are upbeat and melodic songs with some progressive jazz elements thrown in for good measure. Unfortunately, despite the quality of these songs, timing was everything. In 1976, progressive music started to tank and be replaced by punk rock. After the Mahagonny demos are a couple of great songs by Bob Chudley, who co-wrote “Another Nail” from the Fuchsia album. These demos were Bob’s last attempt at serious songwriting. The disc closes with a wonderful folk rock song “I’ll Remember Her Face” that was recorded in 1978 and sung by John Tams who was currently in the Albion band along with Fuchsia’s drummer Michael Gregory. This song was composed for a film production titled The Golden Medallion. And for those of you unfamiliar with John Tams, he has received numerous BBC Radio 2 Folk Awards over the years, as well as writing the theme song for and acting in the Sharpe TV series. John has a unique voice and hearing him on this disc was quite a surprise. Though not quite up to the quality of Fuchsia, this companion disc of extra material demonstrates that the band could have done well if they had been better managed.

Fit & Limo - Astralis – Fit & Limo have been producing some of the finest psychedelic folk music ala the Incredible String Band since the early 80s. Astralis, subtitled New Studies on Strange Folk, has just been released...  (2008) » Read more