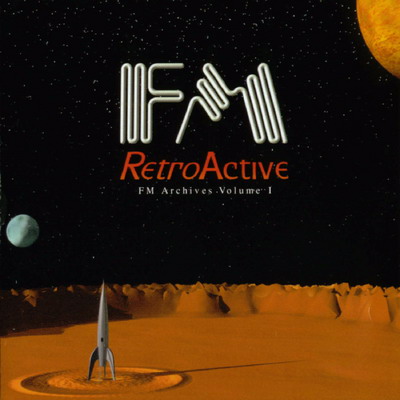 This Canadian trio is probably best known for their three late-70s LPs Black Noise, Headroom, and Surveillance (the first of which saw CD reissue a couple years ago) — sci-fi powered progressive rock semi-classics that should be of interest to most. Perhaps what made their sound so special was their unique lineup of keyboards / bass, mandolin / violin, and drums, the mandolin taking the place of a guitar in the standard rock formation. Later albums increasingly drifted painfully toward a more typical 80s pop sound and away from their progressive roots, until they finally called it a day in the late 80s.

This live album documents their reunion concert in November 1994 (on the occasion of the CD release of Black Noise). The performance here is flawless (unlike bootleg tapes I'd heard of their shows from 1978-79, I might add), featuring the original trio (Cameron Hawkins, Martin Deller, and Nash the Slash — bandages and all). Two songs from Black Noise, three from Surveillance, and two from City of Fear (the fourth album), plus two previously unreleased tracks that sound close to their early-80s style, and a cover of "Baba O'Riley," originally by The Who. But that's not the whole story: Track 1 is an impressive interactive CD-ROM track that features live concert footage of five (!) of the songs from the audio portion of the disc, solo footage from all three members (including an awesome violin freak-out by Nash), and historical information about the band and each of their albums, making this disc an absolute must have for both the longtime fan and newbie alike.