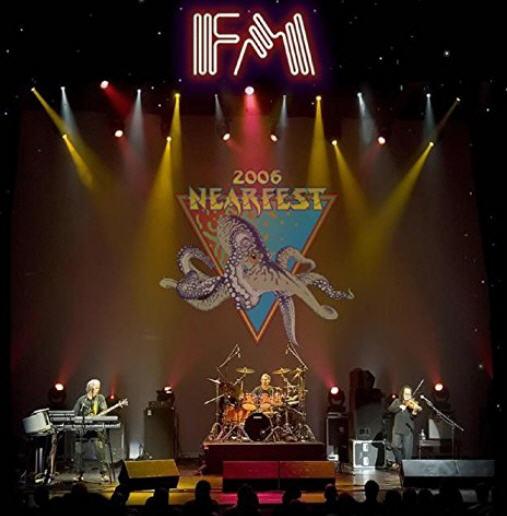 The fans who assembled at NEARfest in 2006 to see this Canadian trio playing one of their several reunions since they called it a day in the late 80s got a blast of the best sounds from their sci-fi progressive heyday from 1977 to 1979. Apparently at the time this performance was in the planning and rehearsal stages neither of the band’s original violinists / mandolinists (Nash the Slash or Ben Mink) could commit to the reunion gig, so original members Cam Hawkins (vocals, keys, bass) and Martin Deller (drums) recruited an outstanding replacement in Claudio Vena, who, at least from this writer’s perspective was the most interesting character on the stage that night, playing viola along with a solid body 8-string mando, as well as composing the smoking opening instrumental “Planet Vega.” Master of the drum kit Deller and jack-of-all-trades Hawkins were in great form, just like it was 1977 again, Hawkins’ voice sounding even better than it did on live tapes I’ve heard from back in the day. The CD and DVD contain exactly the same material with the exception of some between-song banter that was omitted from the 79 minute CD. Most of the material from their debut Black Noise is featured here, as well as three songs from Surveillance (including an extended version of the instrumental “Sofa Back”), and one cut (“Surface to Air”) from City of Fear as the encore. Besides Vena’s opening instrumental, another new twelve-minute piece “Trial by Fire,” composed by Hawkins, was introduced late in the set just before the launch into “Black Noise.” It’s hard to imagine why this set took eight long years to release, especially given that it’s such an excellent recording, but here it is finally, and well worth the wait.

Fotheringay - 2 – In late 1970 Fotheringay entered the studio to record their second album. They laid down the basic tracks and scratch vocals and then took time off for the holidays, fully intending to resume work in...  (2009) » Read more

General Mojo found a piano in a park...