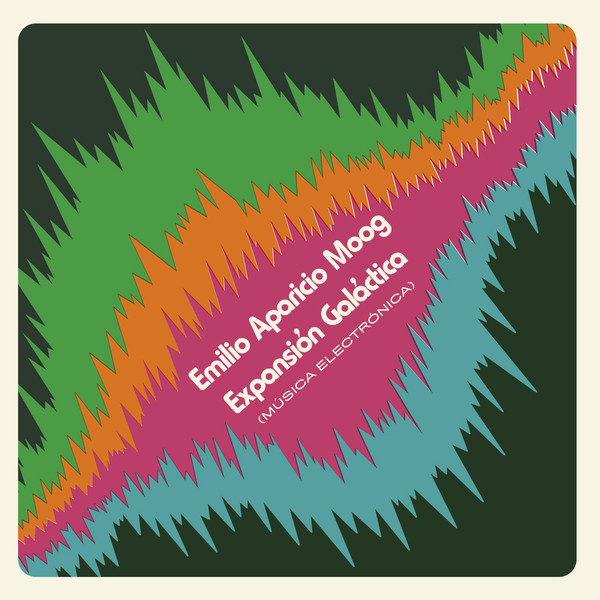 After the release of Wendy Carlos’ ground-breaking Switched-on Bach in 1968, everyone who had the money bought a Moog and started recording electronic music, some of which was offal. Apparently an obscure electronic musician from Guatemala, Emilio Aparicio, painstakingly constructed several music compositions from 1969 to 1971 using one of the early Moog models that he purchased directly from Bob Moog. Over the course of these two years in his home-built studio, Emilio twiddled knobs and experimented with his Moog, augmented by a drug filled daze of LSD and datura. The culmination of this time was a privately released set of 45 rpm records housed in a generic picture sleeve called Música Electrónica. These strange records were never sold, but instead given away in exchange of four corks of a local drink called Salvavidas Roja. Response in Guatemala to his music was understandably poor and consequently most of the records were either destroyed or recycled. Then in 2010, one Ruffy Tnt (Discodelic) was searching through some old records in Quetzaltenango, Guatemala where he discovered a room full of old 45s released by the drink company including Emilio's, which now see the light of day on this Guerssen reissue. However, I would caution you not to believe all of the hype surrounding this release. Most of the tunes are latin pop music played on a multi-tracked mono Moog synth. The music is mediocre, at best, with nothing really innovative going on other than the fact that it is all electronic. The title track is more of a mood piece with lots of random sounds and a strong bass line ala Pink Floyd. But others conjure images of Go-Go dancers and variety show music from the 70s. The track “Burjería,” Spanish for witch, does introduce some dark elements and weird animal sounds (cows or goats) in the background, along with some analog noodling, but nothing very exciting. There is nothing that I would categorize as psychedelic about the music, and neither does it strike me as abstract or experimental. Though Expansión Galáctica presents a snapshot in time, bringing electronic music from Guatemala of all places, to a wider audience, it really is only of passing interest.