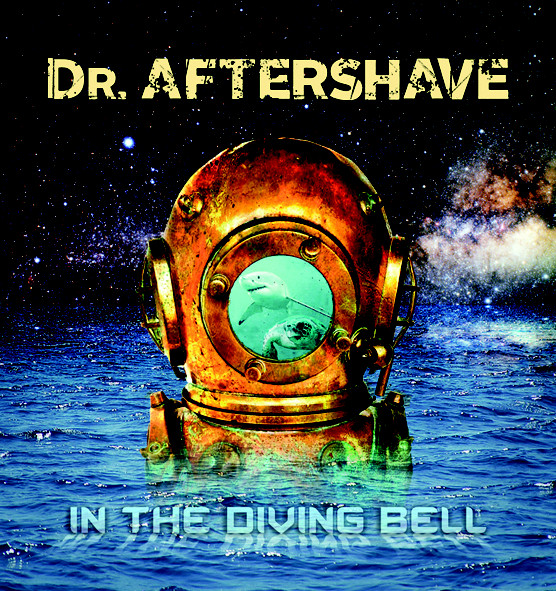 After Mussus Beastly split up (for the nth time) in the fall of 1979, bassist Norbert Dömling, keyboard player Burkhard Scmidl, and drummer Marlon Klein, who had just joined Missus Beastly shortly before the split, decided to go forward and continue gigging and recording under a new band name Dr. Aftershave, that name obviously taken from the third Missus Beastly album Dr. Aftershave and the Mixed Pickles. Their sound continued further in the jazz-rock vein, though without sax-man Friedemann Josch their sound was more fully dependent on Schmidl’s keyboards (and although he played guitars on previous MB albums, he plays no guitar here), resulting in a more keyboard dominant fusion sound, not unlike Herbie Hancock of the same vintage. So, Dr. Aftershave could be thought of as a continuation of Missus Beastly but with some obvious changes in sound due to the absence of woodwinds. They did about 50 gigs in Germany and Switzerland over the coming year, and from the getgo had planned on recording an LP of new material, which was done professionally in Stuttgart Zuckerfabrik Sound Studio, and was supposed to be released on the studio’s label, but the studio had fallen on hard times and the expected LP was never released. Plenty of great instrumental material is to be found herein, brilliantly composed in the Missus Beastly style, plus some new interesting sounds like “Jazzy James,” which, though certainly composed, nimbly moves what sounds like a keyboard improv over the powerful rhythms laid down between drums and bass. “Small Talk Buffy” walks a funky syncopated groove over its three minute duration. “Resurrection Agents” takes a gentle approach with a decisive bottom end that might remind many of Brand X of the same period. The title track begins in a near ambient zone and floats into a garden of gently applied jazz-rock. All taken, In the Diving Bell is an excellent album that should be heard by all. By the end of 1980, Norbert Dömling had left the band, to be replaced by Matthias Krüger and the band went on for another year, and for a short period Jürgen Benz joined on saxes, making the trio a four-piece, but by 1982, Dr. Aftershave had called it a day. It’s good to have this very last chapter of the Missus Beastly story available for all to hear.