Starting with the early days of Fairport Convention, Dave Swarbrick was one of the pioneers of folk-styled fiddle incorporated in settings influenced by rock music. Sad word reaches us that he has died aged 75 after long illness. 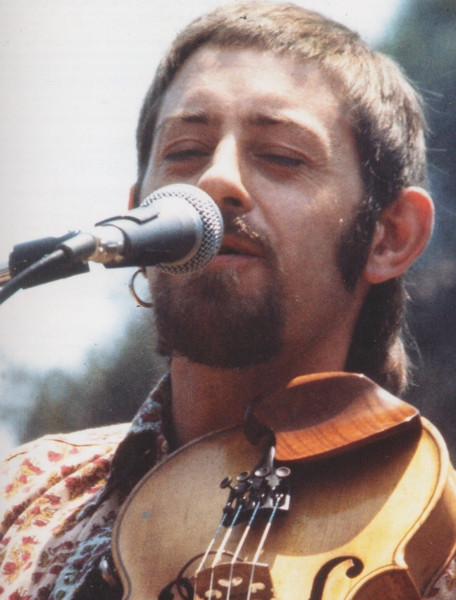 Swarbrick was born in London in 1941, and his recording career began during the British folk boom of the 60s. He was already a well-respected player before appearing as a guest on Fairport Convention's Unhalfbricking (1969). He later became a full-time member of the band, contributing many original tunes until the band's 1979 split, as well as reunions afterward.

He had suffered a number of serious health problems, starting notably in 1999 when his death was mistakenly reported by the Daily Telegraph. For a number of years, he performed with an oxygen tank on stage, and had undergone a double lung transplant in 2004.

Colour Haze - All – Colour Haze is a German band that is new to me, though they have been recording since 1995. You can pretty much trust any Elektrohasch release to be great, and All, Colour Haze’s seventh release, is...  (2009) » Read more

Fonya - Earth Shaper – Earth Shaper is a travel into a fantasy land. A rather colorful travel where most of the times the instruments are equal in conveying the soundscapes to these imaginary places. It could be described...  (1996) » Read more

Jean-Luc Chevalier - Km 5 à Bangui – After a fairly long stint with Magma (from Attahk thru the Merci period), Jean-Luc Chevalier has also chosen to pursue the pure jazz avenue recently, much like many other Magma alumni (Vander,...  (1996) » Read more

Livit - Unspoken – The ability to surprise is one thing that makes music interesting. Livit apparently knows this, and uses it to their advantage of their 1996 album Unspoken. No style used on this album will be...  (1997) » Read more

Fifty Foot Hose - Sing Like Scaffold – Fifty Foot Hose occupy that most rare of places, avant garde psychedelia, a mix very few bands have even attempted, let alone pulled off. The fact that they first honed their craft with their debut...  (2000) » Read more