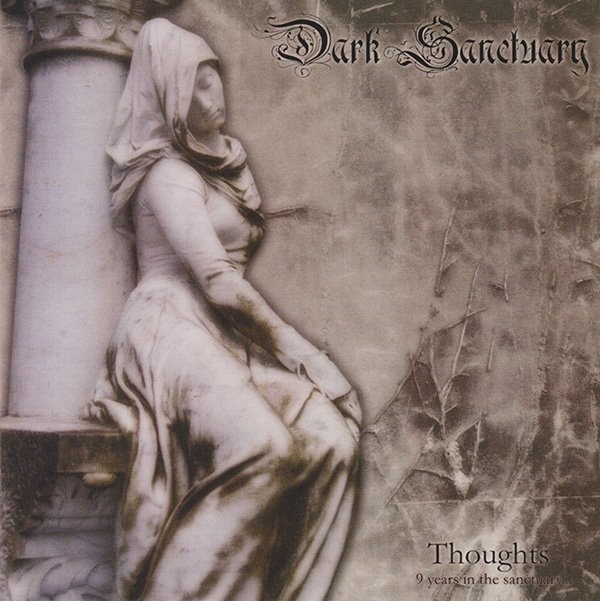 From the name of the band, you would probably guess they have Gothic tendencies, and you’d be right. But rather than the heavy, depressive kind of Goth you often hear, this French band has a fairly light touch. This is due in part to the instrumentation: two keyboards, drums, two violins (only one in the earliest line-up), and female vocals (with a turnover in the position). I think I hear an occasional acoustic guitar, but you never know these days. Dark Sanctuary started out in 1996 (hence the title of this compilation) and have released four studio albums and a few miscellaneous odds and ends. All the albums are represented here by at least two tracks, and there’s one unreleased song (an extended version of a song from their third release). Stylistically, there’s little change through the years, and the mood is generally solemn, though not oppressively so. The vocals are uniformly lovely, and it will take more than casual listening to tell which songs were recorded with which lead singer. While as a non-genre listener, I might wish for a little more variety in mood or color, I’m sure this is exactly what many listeners are looking for. Even aside from the Gothic imagery, there’s a sort of Neo-Classical vibe to the proceedings, and the performances, while not flashy, are perfectly executed. Dark Sanctuary presents a welcome angelic counterbalance to more demonic Goth.