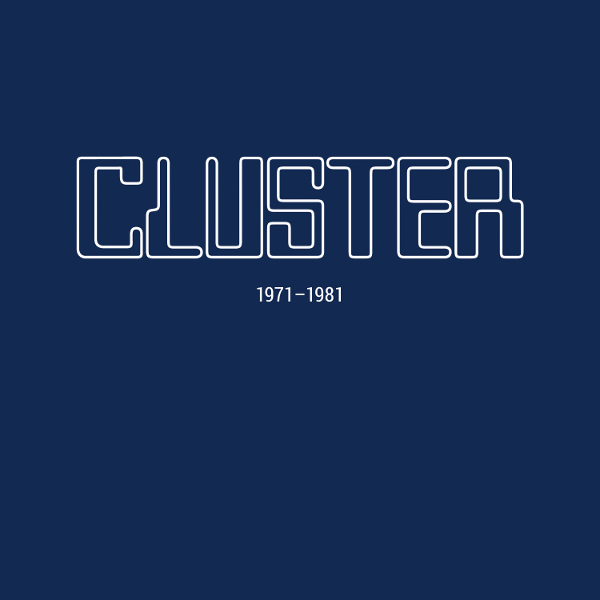 Bureau B has released a massive boxed set containing the full versions of Cluster’s official albums released between 1971 and 1981: Cluster 71, Cluster II, Zuckerzeit, Soweisoso, Cluster & Eno, Eno Moebius Roedelius/After the Heat, Grosses Wasser, and Curiosum. All eight were remastered by Willem Makkee. Along with the music there is an article by Asmus Tietchens on the evolution and significance of the band, as well as booklets containing essays on each individual album and rare photos. In addition, there is a ninth album of previously unreleased concerts: “Konzerte 1972/1977 - Fabrik, Hamburg 1972” and “Konzerte 1972/1977 - Festival International de la Science-Fiction, Metz 1977.” Up to now, you would have to purchase this boxed set in order to obtain the live material. However, on May 19, 2017 Bureau B is releasing the live music as Konzerte 1972/1977. There is not much point in reviewing each of the eight studio albums as many of our readers should be familiar with the music. Suffice it to say, the remastering sounds great. So I am going to focus my attention on the two previously unreleased tracks. The sound quality is average, but impressive for 1972 and 1977. Bureau B felt that it was more important to present successful performances rather than perfect recordings. A typical Cluster performance in the 70s could last six hours or more, so we are fortunate to have a glimpse into the early days of Cluster’s creative process. In the beginning, Cluster’s music was raw, brutal, and spontaneous. They used rudimentary electronic sound sources, not synths, sequencers, or high end amps. They leveraged their devices to create their compositions, relying on intuition and improvisation. Some times that did not work, but when it did the results were magical. The Fabrik performance is 21 minutes of bubbly pulsating analog sounds and razor sharp fuzzed tones with Moebius and Roedelius springboarding off each other’s ideas. The music slowly evolves into a floating tranquil safe zone. Five years later the Metz performance is entirely different. This nearly 23 minute performance consists of drones, throbbing electronics, and harmonic interactions. This is not a "set up the electronics and let them interact" piece. Moebius and Roedelius are listening to each other, making adjustments, and together moving into uncharted territory. About 10 minutes in a repeating loop provides a slow metronomic beat lasting about three minutes. Then they take us into a surreal sensory deprived realm. One thing that you can rely on with Cluster is that they do not remain complacent with their music, they are constantly changing direction, though it may be slow rather than rapid. These are great performances and are well worth the price of the boxed set, especially if you do not own the studio albums. Otherwise wait until May for Bureau B’s release of Konzerte.