Bassist Charlie Haden, who helped change the shape of jazz more than a half-century ago as a member of Ornette Coleman's groundbreaking quartet and liberated the bass from its traditional rhythm section role, has died. He was 76. 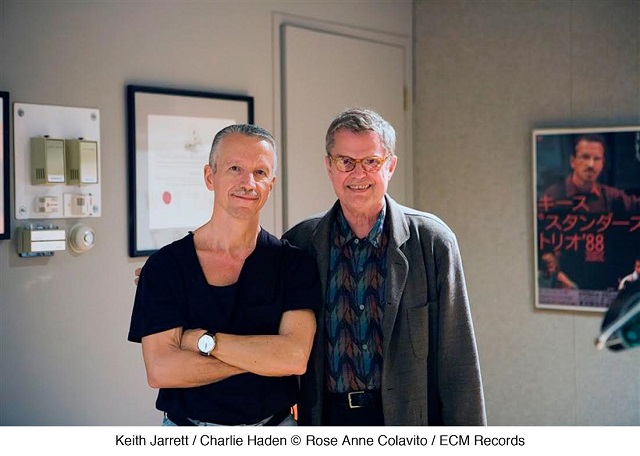 Haden's wife of 30 years, singer Ruth Cameron, and his four children were by his side when he died Friday in Los Angeles after a prolonged illness, said publicist Tina Pelikan of ECM Records.

Haden's career was marked by the triumph of beauty over suffering. He turned to the bass after losing his singing voice to polio as a teenager when he was performing with the Haden Family country band.

The onset of post-polio syndrome in late 2010 forced him to stop performing publicly, though he played at home to his favorite recordings as well as with visiting musician friends such as guitarist Pat Metheny and pianist Alan Broadbent.

During his career, Haden's lyrical bass playing could be heard in a broad range of musical genres, ranging from jazz to country to world music.

Mick Greenwood - ...To Friends – Who is Mick Greenwood, might you ask? Apparently the man is American and made a ploy to become a pop star in the UK after being discovered in a New York club in the early 70s. He issued three LPs...  (2001) » Read more

Halloween, Alaska - Halloween, Alaska – I try to maintain a certain openness about the various musical genres, feeling that quality is a factor only marginally related to style, so I’m happy to find something good where it’s...  (2005) » Read more

Ruins - Vrresto – Vrresto is classic Ruins as we’ve come to know them over the last eight or so releases, a high intensity power duo of drums, bass and operatic vocals that is often compared to Magma — a...  (1999) » Read more