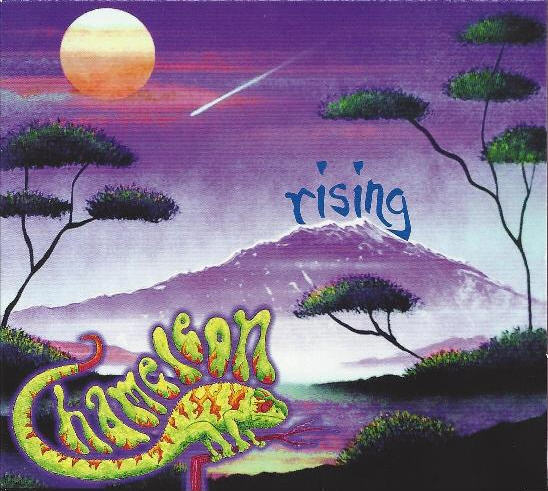 History is replete with young American bands that came of age in the early 70s, profoundly influenced by the then-current crop of British progressive acts. Some of these bands broke nationally (Kansas and Styx come to mind), but most were local heroes not generally well known outside the cities where they played — Pentwater, Cathedral, Happy the Man, Ethos, and Babylon, for some examples that made it out of the recording studio with product. Just as many more worked their magic with solid local followings but left no recorded legacy. Houston based four-piece Chameleon (also known as Lorien in their earlier years) falls into the latter category, though with this release, which includes recordings from throughout their career — although most are from 1976 and 1978 sessions, their legacy is solidly preserved. “Texas Cyclone,” a nine minute track from ’74 that opens this set recalls the glory days of The Yes Album, with a little ELP, Flash and Gabriel-era Genesis blended into the mix of ideas. Certainly not a bad starting point, and a respectable effort it is. The remaining dozen cuts here are equally impressive in the compositions, tight arrangements, and superb ensemble playing by all members. Singing duties were shared by several members, with different voices are at the fore at various points, offering some variety. The influence of later period Floyd, VDGG, Camel, and King Crimson are also in evidence, although as time went on the band developed more of their own sound. What is most impressive about this set is that it doesn’t sound like a collection of odd demos recorded at different times; a lot of time was taken to restore and remaster these tracks so they sound like the reissue of a real album from the period. A solid recommendation here for fans of 70s prog.