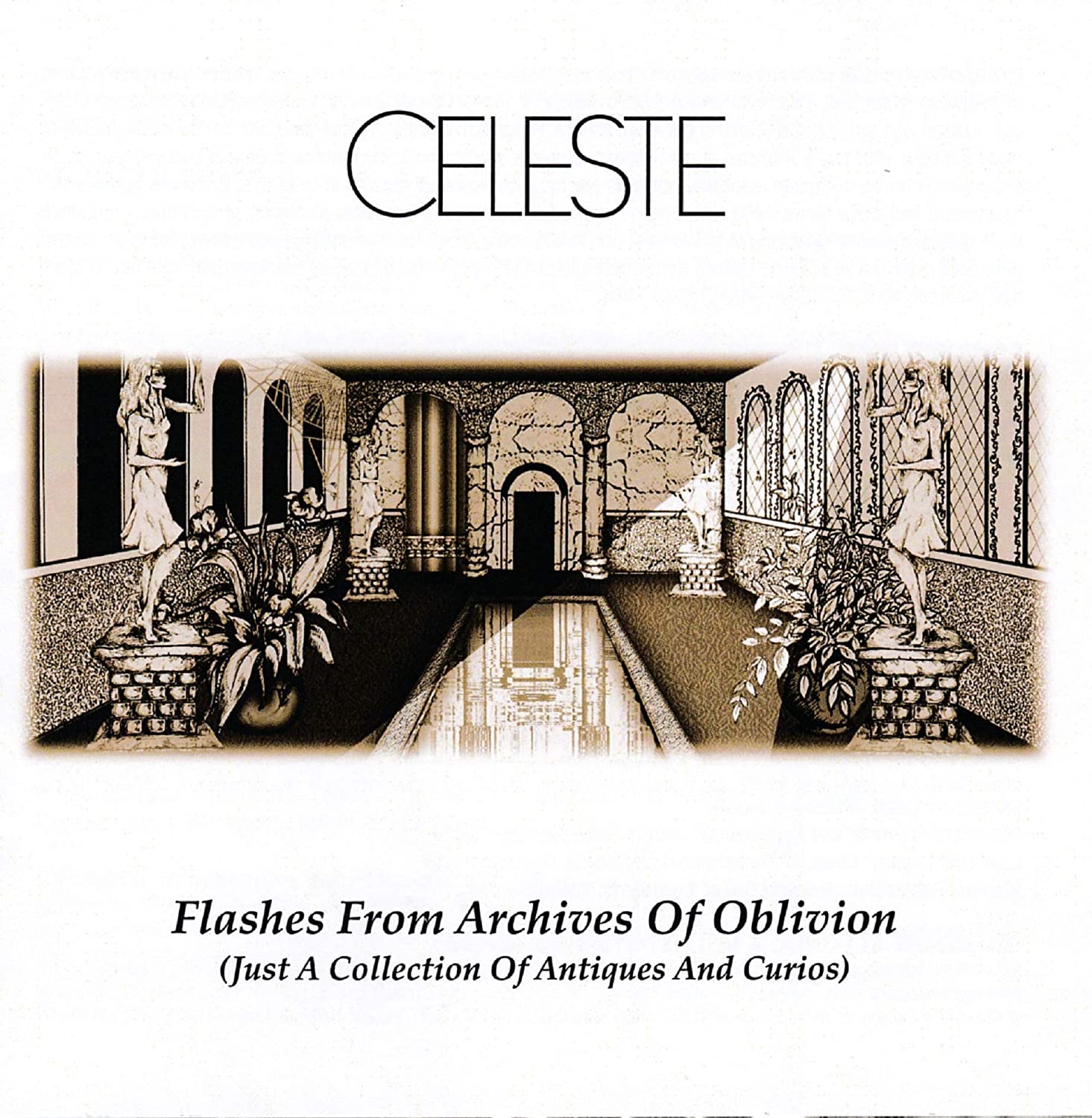 Among the finest bands that represent the Italian progressive scene in the 70s is Celeste. Even though their first self-titled album, often referred to by its first track Principe di un Giorno (translated: Prince for One Day) wasn’t released until 1976, the band had been working together from the time of the Il Sistema (earlier band) breakup in 1971, with woodwind player Leonardo Lagorio and drummer Ciro Perrino going on to form Celeste, while others in Il Sistema went on to form Museo Rosenbach. Flashes from the Archives of Oblivion attempts to collect much of the lost material from those early days of Celeste, through the 70s, and right up to an outtake from their most recent album from 2019, Il Risveglio del Principe. Some of the material among these collected twenty tracks has been released before, although much of it hasn’t, and still other pieces are alternate takes. The material is presented in chronological order, with the first five cuts belonging to an English language version of the debut album recorded a couple years prior to the Italian language version we all know so well, featuring female vocalist Nikki Berenice Burton; apparently she didn’t want to continue with the group, so they re-recorded it in Italian with drummer Ciro Perrino handling the lead vocal duties. The five tracks here with Burton singing are indeed interesting, but when all is said and done, I think Perrino’s voice does the music a better service. One more track, “Fireflies in the Grass,” is an instrumental outtake from those first album sessions. Moving onward, the style turns a bit more jazz-inflected with the next six instrumental cuts recorded in 1973 collectively titled ‘Compositions for Documentaries,’ only one of which has seen previous release as a bonus track on a Japanese edition of the CD of the first album. “Guardare in Fondo a Noi” is a vocal tune that the band recorded in 1974 for the Sanremo Song Festival that year, which was supposed to be interpreted by The New Trolls. An excellent song that sounds very much like something the New Trolls would have done themselves, it ended up in 32nd place sadly. The next six numbers come from the Celeste II period, from 1976-77, three of which are alternate takes of pieces on the Second Plus CD, the remaining three previously unreleased, a mix of vocal and instrumental pieces. From 1977 until a few years ago, Celeste was on a long term hiatus, but the final track, “Mare de Giada,” is a five-minute vocal number, an outtake from the latest album from 2019, which was included on a special CD edition for the Japanese market. All taken, an outstanding collection of lost numbers from Celeste’s storied history.