In the never ending battle of independent musicians against pop music there are those who continue to remain true to their roots and love of progressive music, especially Krautrock. One such is German musician and composer Uwe Cremer. He is not a household name, but his music has appeared on well-known labels (Garden of Delights and Musea). On a recent trip to Cologne, Germany I had the opportunity to enjoy a delightful afternoon with Uwe aka Level ∏ over a few beers.

Please tell me a little bit about yourself and how you became a recording artist.

Actually it is a long story. It started when I was twelve. I wanted to learn how to play the guitar and I did not like taking lessons. So I taught myself with the help of some books. I learned by playing some songs on the acoustic guitar and kept strumming the guitar for about 7 years. When I did my 18 months in the Army, there were some fellows who taught me to do some picking and to play folk songs. Then, a friend gave me her electric guitar and said that I could have it for a lifetime. I plugged the electric guitar into the tape recorder, cranked up the recording volume for distortion, and practiced. This is when I started playing guitar solos using Pink Floyd sheet music and tablatures. In the early 90's I played with some guys in a band. They made me play the solo guitar and kept on pushing me. We started to write our own songs back then. 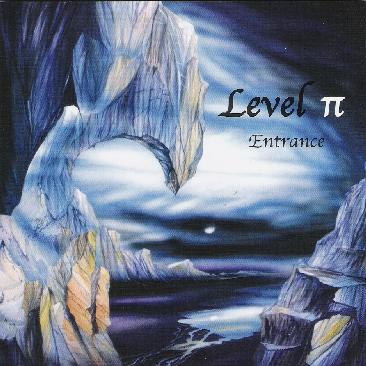 When I moved to Cologne in 1996 I was living too far away to continue with this group. So I bought an entertainer keyboard with a built-in drum machine and started writing my own songs. I did this for a year when a friend said to me: "Why don’t you record your music with a computer?" This started it all. I found out that I could use the computer for more than just recording my guitar and the sounds of the keyboard. Because of all of the software, for me the computer is the ultimate synthesizer. This was completely wild. That was when I started to record my first CD Entrance.

What I find interesting with Garden of Delights is that you are the only contemporary artist on the label. The rest are all reissues of bands from 20 – 30 years ago.

I am not the first one I think. I am the second or third musician Garden of Delights tried. I think it is because my music is inspired by the 70s, especially Pink Floyd and German Krautrock.

It is interesting because I know that your Entrance CD has been out for several years and it takes a while for these Garden of Delights releases to find their way across the pond to Exposé. I just received it recently to review. I was very impressed by it and quite enjoyed the music.

So obviously Pink Floyd and Klaus Schulze are influences. So what other bands from that era did you find inspirational?

Apart from Pink Floyd, the German bands Eloy, Kraftwerk, and the British band Camel. I played to their records like crazy. And there is also a totally different influence. I don't know if you can find it in my music directly, but I listen to a lot of gothic music: Bauhaus, Sisters of Mercy, and Fields of the Nephilim and they really took me in. And I have a heavy metal soul. I like Iron Maiden, Saxon, and Motorhead. 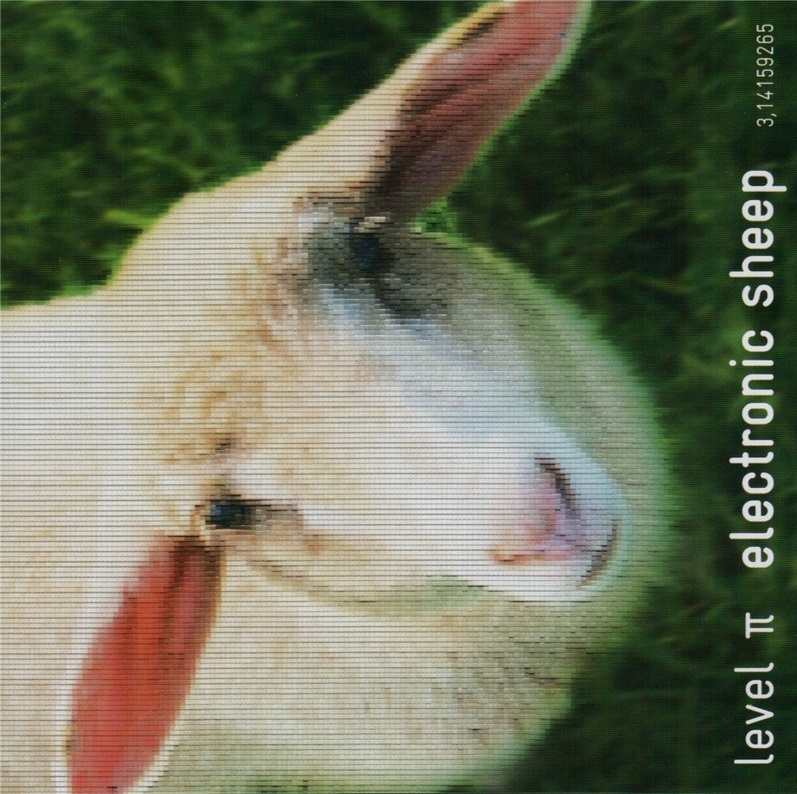 Why is your second release Electronic Sheep on Musea instead of Garden of Delights?

It's mainly because Garden of Delights is very guitar oriented and my second album Electronic Sheep is very EM. I think only in three of the songs on Electronic Sheep there is a guitar in the background, just with an accent here, an effect there. I contacted Musea who said that they would like to distribute it, which meant help with advertising and promotion. I was really happy to give it to them.

I've known Musea for years, back to the mid-80s when they first started. They have several different sub-labels now too. Some of their music I like and some I don't.

Personally I've got my problems with some of the French progressive bands too. They sound very artistic, but in my opinion there isn't enough soul or feeling in their music. On the other hand I really love Pulsar and Jean Michel Jarre.

How are sales going for you? Which of your two releases has sold the most?

I'm quite content with the sales figures. It's not too bad for nowadays. Sales have gone down so much in the music business in general. And don't forget: This music is not mainstream. When you look in the Internet you can get the impression that there are lots of Krautrock fans all over the world, that there are listeners from Argentina, China, Japan, and elsewhere, but it is just a couple of people. Not a big market.

And with the Internet being able to download music, that is pretty much killing the whole industry. 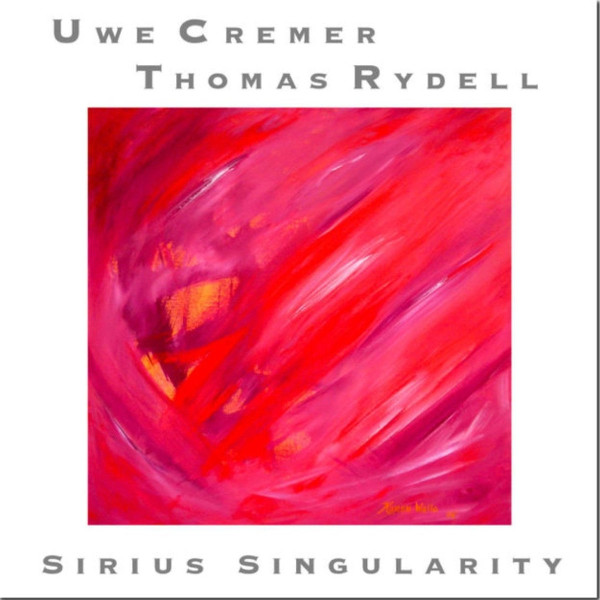 You released Electronic Sheep last year. What are you currently working on?

I am working on a couple of projects at the moment. First I am working on a third solo CD. I have already written four new songs for the next CD, which are really great. This next CD will be with lots of guitar again. Besides that I have started collaborating with composer Thomas Rydell from Sweden. Perhaps you have seen him on my MySpace page. He is one of my top friends. Thomas does film scores for Swedish television and movies. This project is really cool because Thomas and I combine orchestral music and Krautrock. I believe that this combination of Krautrock and orchestral music is really something new. We are working on two songs at the moment all via the Internet.

Then there is a project with Computerchemist (Dave Pearson) from Hungary. Dave is a very good friend and a great musician. I have already worked with him on the title song of his last record, Aqual Measure. Now we have started recording some other songs together.

Then I started working with Michael Lücker who is very much into Super 8 and 16 mm films. There are two short films in progress at the moment. One is a fantasy movie with dragons and the other is a short horror movie. I believe working on short films is a good way to start writing film music.

I've already composed the music for the dragon movie. Michael and his friends gave me an outline of the story and asked me to write the score. Based on that, they are going to develop the storyboard for the film. I still have to compose the music for the horror film. Perhaps I will try some John Carpenter thing. These film projects are a lot of fun. 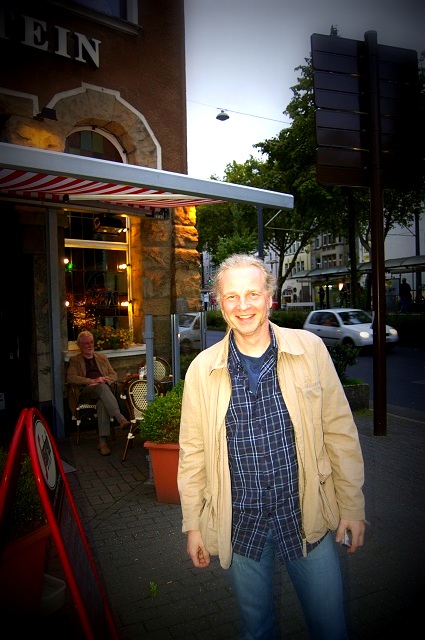 So where do you draw your inspirations from?

I am not sure where it comes from. Of course a lot of inspiration comes from the music I listen to, all this wonderful music from the 70s. My favorite bands are Pink Floyd, Klaus Schulze, and Tangerine Dream. Sometimes my inspiration comes from just fiddling with the knobs of the instruments. It's like "Oh this sounds great" and suddenly there is a section of 30 seconds to two minutes of music. After that I try to get it into shape and proper length, fill it with, I don't know, bass and guitar, put some drums to it and so on. Sometimes it starts with playing around with my guitar.

When I have a basic idea I start recording track by track, add one instrument after another, change chords mute tracks and so on. It's all very comfortable with the computer.

People today don't realize how hard it was to compose electronic music without computers. Now it is very easy.

You can record at home in top quality. Correcting mistakes has become very easy. Sometimes it's just a click. But technology doesn't replace your creativity. The idea that you just need the software and the music writes itself is wrong. You still have to have the ideas and knowing how to play an instrument well is of great help. If you want to sound original you have to play the guitar, the bass guitar and the keys.

So, what bands and musicians are you listening to today?

At the moment I'm working my way through the vinyl collection of a friend. I recently bought a new record player and a friend gave me his old vinyls. Now I am listening to this old stuff: Golden Earring, Uriah Heep, King Crimson, Rare Earth... and for the first time I have my own Brothers in Arms copy.

Thank you so much for time today. I am sure that our readers will find this a very interesting read.

Porcupine Tree - Nil Recurring – This mini album consists of four songs (totaling about 30 minutes) that were written and recorded during the Fear of a Blank Planet album session but were held off for a variety of reasons. Even...  (2008) » Read more

José Cid - 10,000 Anos Depois entre Vénus e Marte – The number of Portuguese progressive rock albums is a mighty small one, and despite the occasional rarity, this album and those by the great Tantra are practically the only to have surfaced from this...  (1995) » Read more

Genco Puro & Co. - Area di Servizio – 1972 was the year that Genco Puro released their one and only album, the fairly rare and fairly commercial album Area di Servizio (reissued as Artis ARCD 040 in 1992) originally on the Bla-Bla label....  (1995) » Read more

Stencil Forest - The Abyss – Stencil Forest is another example of “band makes an album that goes nowhere, disbands, then reforms years later to try it again.” The core of the 1983 lineup has returned — Frank...  (2007) » Read more

Neil Haverstick - Other Worlds – Back in #18, I reviewed Neil’s last album, Acoustic Stick, a masterful jazz / blues / folk acoustic release utilizing customized guitars and basses with 19 or 34 frets to the octave (rather than the...  (2000) » Read more