Butch Trucks was one of two drummers in the first incarnation of the Allman Brothers Band in 1969, helping the band achieve its legendary status as an American original. He died on January 24, 2017 of a self-inflicted gunshot would. He was 69. 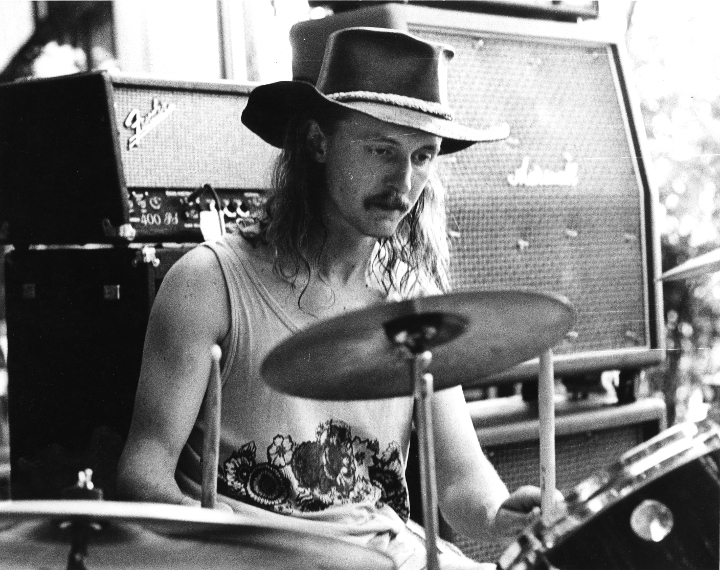 Claude Hudson "Butch" Trucks was born May 11, 1947 in Jacksonville, Florida. As a teenager he played in a number of cover bands, and the big time arrived in 1969 when Duane Allman recruited him for a new band. He joined fellow drummer Jai Johanny "Jaimoe" Johanson as the rock-solid part of a rhythm section that became legendary. He remained with the group until its final dissolution in 2014.

Trucks came from a musical family, with many well-known musicians, including nephew Derek Trucks, who co-leads the Tedeschi-Trucks band and other nephew Duane Trucks, who is the drummer of Widespread Panic. In addition to playing with the Allmans, Trucks led his own Freight Train band.

Maneige - Ni Vent... Ni Nouvelle & Libre Service – Of all the Quebecois bands that came to prominence in the 70s, one of the most unique and universally appreciated is Maneige. During their career which spanned from around '72 through the mid 80s,...  (1995) » Read more

Dennis Rea - Live at the Forbidden City – Dennis Rea is a Seattle area guitarist who’s worked with Jeff Greinke, Bill Rieflin and may be known to some through his participation with groups Land and Stackpole. Long before he made his...  (2008) » Read more

Mind over Matter - Under the Stars – Klaus Hoffman-Hoock is one of my favorite guitarist/synthesists, and this series of live recordings does little to dispel that perception. Recording either as Cosmic Hoffman or Mind over Matter,...  (2001) » Read more

Jakko M. Jakszyk - The Bruised Romantic Glee Club – Guitarist Jakko Jakszyk has finally come into his own with his current solo recording. After stints with Level 42, Dizrhythmia, and 21st Century Schizoid Band and numerous guest spots, the...  (2008) » Read more