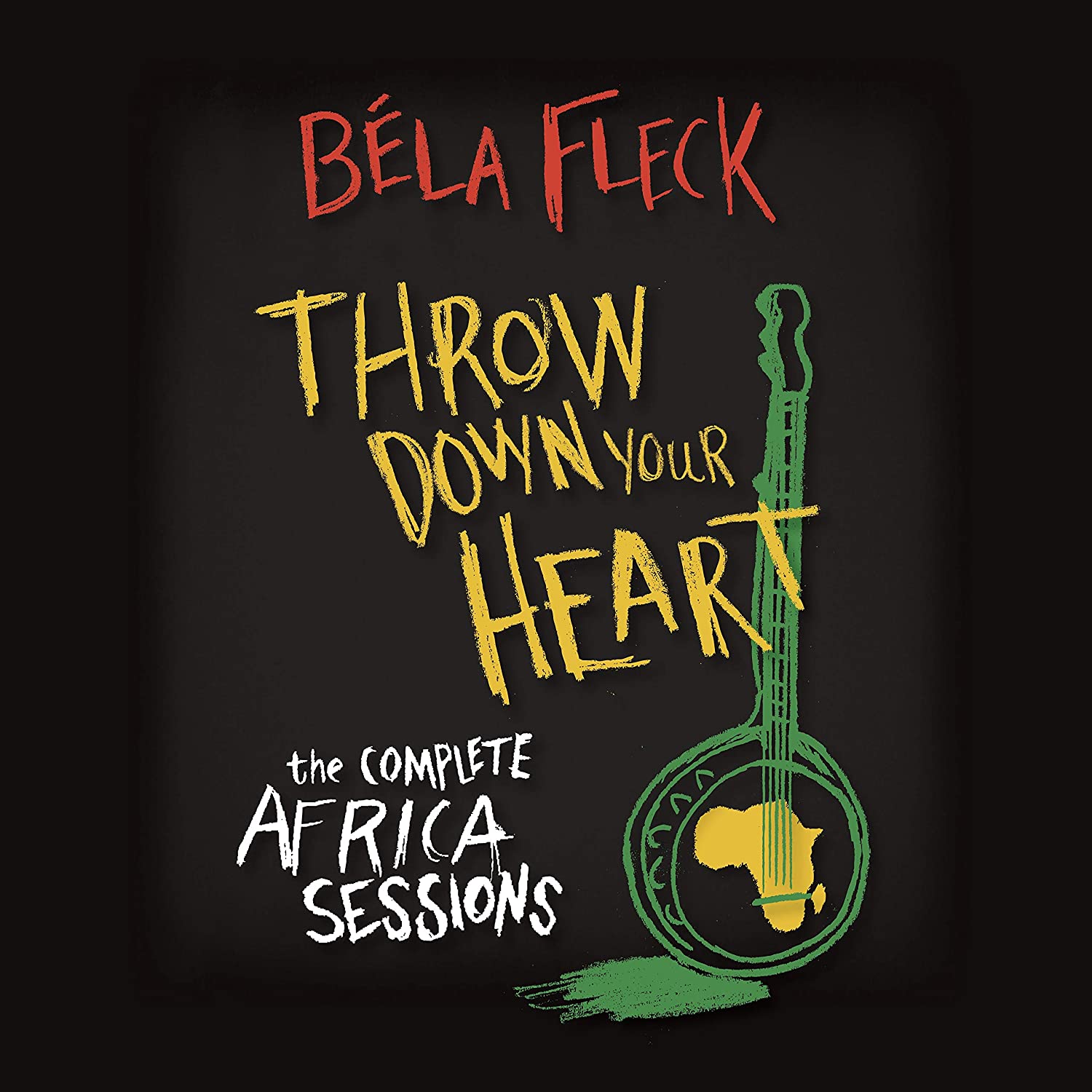 The set at hand is a combination of two previously released CDs (Throw Down Your Heart (Tales from the Acoustic Planet Vol. 3 Africa Sessions) from 2009 on Rounder Records) and Throw Down Your Heart - Africa Sessions Part 2 (Unreleased Tracks) from a year later, a third CD which is being concurrently released on a 2LP set (Béla Fleck and Toumani Diabaté ‎– The Ripple Effect), and a documentary film of the original African trip which resulted in the 2009 and 2010 CDs on DVD. The whole impetus for this project began a few years earlier around 2006 with a meeting of Fleck and Malian singer Oumou Sangare in Brooklyn during a rare tour of the USA. Fleck had long been curious about the origins of the American banjo, which he believed to have evolved from the Gambian akonting, a three-string ancestor of the banjo family originally brought to the Americas by slaves centuries ago, and played in a clawhammer style. The meeting with Sangare hatched the idea of Fleck taking a trip to Africa, playing and recording with various local musicians while a film crew led by Fleck’s younger brother would create a documentary film. Initially Sony was receptive to the idea, so Fleck and crew began to make plans and reservations, but then Sony backed out and the trip became a self-financed project with the initial CD release coming out on the Rounder label. Initially the trip was supposed to include western Africa only (Gambia and Mali) but later some additional countries in other parts of Africa were added to the itinerary (Uganda, Tanzania, Madagascar and South Africa – although footage from the latter two are not included in the documentary film). The first two discs are a literal cornucopia of traditional African musicians with original instrumentation of all varieties, and Fleck joining in with them on his banjo. Instrumentalists play a variety of koras, thumb pianos, kamela n’goni, marimba, soukou (traditional one-string violin), karagnan (three-string), njurkle (a traditional African guitar), akonting, djembe, and other percussives, with some standard Western instruments appearing (guitar, bass, etc), and singers from all over (with Oumou Sangare, who was the host of the West African leg of the trip, featured prominently). Along the way Fleck made friends with Malian Kora master Toumani Diabaté, and years later a US tour was arranged, which is documented on the third disc The Ripple Effect, material culled from two of their performances as a duo. All taken this is quite a set; all of the CDs are pretty much maximum length, and the main program of the DVD approaches the two hour mark, with bonus footage offering another hour at least. Fleck proves that his banjo is indeed a descendent of Africa, it fits in seamlessly with all the music they made along this journey.