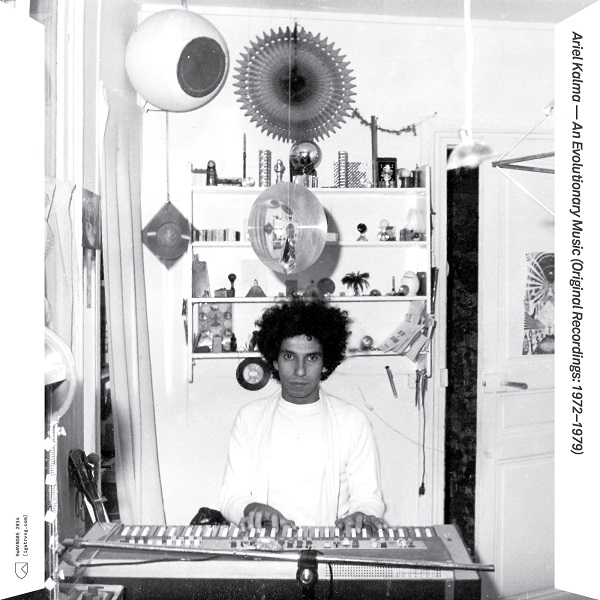 Ariel Kalma is a figure of contrasts: a restless spirit in search of calm, a student of tradition prone to tinkering with technology, a deep-space traveler rooted in earthly environments. These contrasts are on display in this collection of recordings from the 70s, only one of which has appeared on public release before. Some of Kalma's early experiments with loops of magnetic tape strung between to reel-to-reel recorders are presented, along with experiments involving the earliest drum machines, field recordings, and all manner of commercial and self-devised electronic gadgets. When instruments are involved, they are generally woodwinds — saxes and various kinds of flute — or keyboards, sometimes percussion or voices. Given the nature of these recordings, details are sparse as to where and when each track was laid down. There are times when it seems there are collaborators present, but even on his own, Kalma is quite a broad talent. Many of the pieces involve drones topped by a wide variety of compositional and improvisational techniques, sometimes involving brief phrases interlocking like something Philip Glass might write, sometimes involving meditative explorations on flute or sax, sometimes featuring the sounds of insects or birds. The liner notes detail Kalma's travels around the world, and how his musical journey parallels his wanderings. He is a singular entity in the evolution of world, ambient, and experimental music, and this collection does much to fill in gaps of his contributions. And it even holds together as a listening experience in its own right. Recommended for cosmic travelers everywhere.