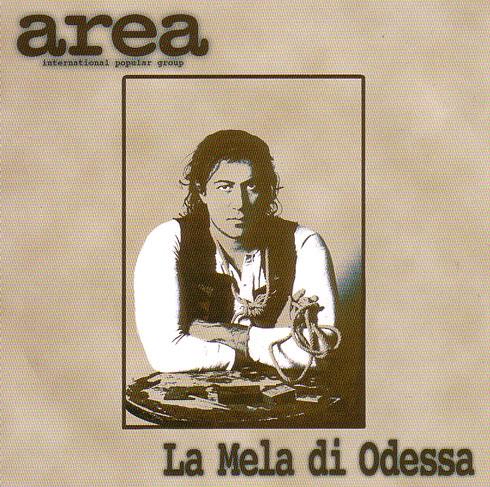 First off: to the best of my knowledge, this is a bootleg recording, of dubious legal origin, and the sound quality is marginal at best. If that scares you away, no need to read on further. Area fanatics, however, may be able to look past these shortcomings and successfully ingest this double CD taken from two Area concerts recorded in Italy in 1976 and 1977. The set lists from the two shows are nearly identical, and heavily feature tracks from their Maledetti album, which I've always felt was their most avant-garde, difficult outing (and unsurprisingly, one of my favorites). The song structure on these tracks ("Il Massacro di Brandenburgo Numero Tre en Sol Maggiore," "Gerontocrazia," "Scum," "Giro, Giro, Tondo") is quite abstract, even by Area's standards, and I believe the bootleg level sound fails to bring out the best in these already-weird pieces. The sets also contain older favorites like "Cometa Rossa," "La Mela di Odessa," and "Luglio, Agosto, Settembre," but as Area fans know, fine live recordings of these seminal works appear elsewhere on legit releases. If you listen carefully, the peculiar magic of Area's avant-jazzy instrumental attack and the heretofore unmatched skill of Demetrios Stratos's vocals are here in abundance, but this set is recommended to completists only.