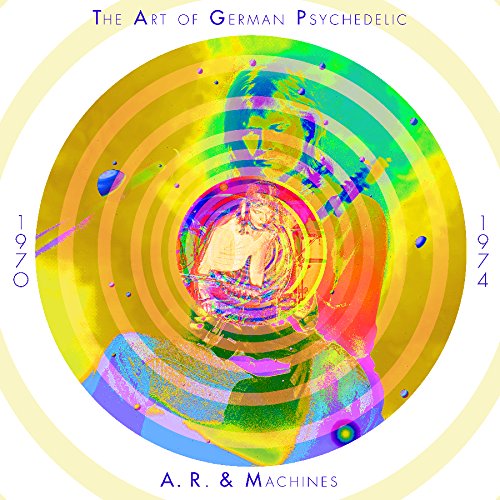 This ten disc box set and companion 96 page LP-size hardbound book is the story of an Akai X-330D open reel tape machine and the man who became its captive, one Achim Reichel, ex-member of German beat group The Rattles. In the early 70s A.R. & Machines produced six LPs, all of which are included here, some with bonus tracks, plus an additional four discs, including a live show, two discs of remixes, and one disc of previously unreleased archival material. The story begins one fateful night when AR plugs his electric guitar directly into the tape machine, pushes some buttons and accidentally discovers that it can be used to create a live echo in real time. One thing leads to another, the idea is refined further, and other musicians are joining in, and before long he has secured a record deal with Polydor, the result of which is the project’s first release Die Grüne Reise - The Green Journey, the album that establishes the concept that further endeavors would be built upon. The album consists of two lengthy suites of numerous sections all based on layers and layers of Reichel’s echo guitar discoveries, with drums and percussion joining in, augmented with some genuine rock parts with vocals on some of the sections (vocals are sometimes given the echo treatment as well). At this point the musicians included drummer Dicky Tarrach and percussionist Hand “Flipper” Lampe, with all other sounds produced by Reichel and his guitar, effects, and the X-330D. The response to the album was positive, so a second album was planned, although this time a lot more musicians would be involved in the project, including an additional guitarist, clarinet, sax, more drums and percussion, and production by Conny Plank. When all was said and done, Echo resulted in enough material to cover four LP sides. The growth from the first album to the second is clearly evident, being more experimental and farther reaching stylistically; the evolution resulted in an album that was less gimmicky sounding, shedding a lot of the beat rock elements, and moving further into progressive rock territory. The same trajectory continues through the next two albums AR 3 and AR IV (originally released in 1972 and ‘73 respectively), although by this time Polydor had moved the project to its Zebra sub-label. For this box set reissue, the latter contains 32 minutes of previously unreleased live-in-studio bonus material from the same sessions. The final studio recording for the project was Autovision, released in 1974. 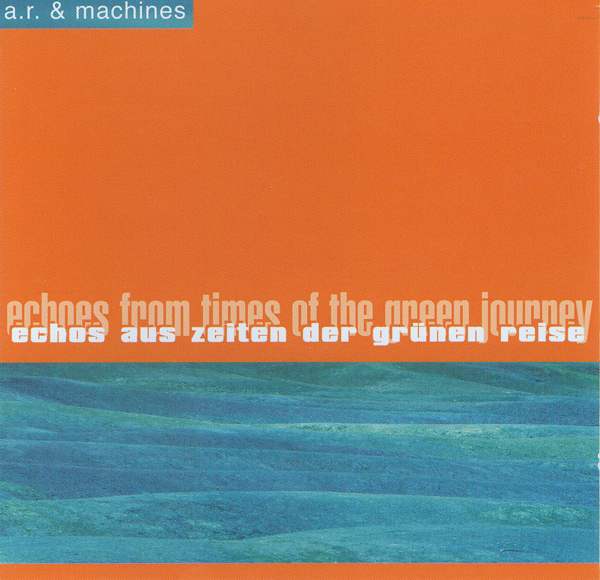 Although the creative juices were still flowing and the material is still superb, the writing was on the wall that the A.R. & Machines project’s days were numbered, in fact this one was released as an Achim Reichel album. One further album Erholung would be released in 1975 on the Brain label, featuring live recordings from 1973. Two additional live tracks from another show have been added to this reissue, bringing the total playing time out to almost 72 minutes. Disc 7 of the set is another live set, recorded in Köln on 4/25/73, titled The Köln Concert, consiting of two very long tracks for a total of 78 minutes of a single live performance. Following the demise of the A.R. & Machines project, Reichel did his best to supress the re-release of these six A.R. albums, as he moved forward to a more mainstream career as a singer and producer of other artists. However that didn’t stop folks from rediscovering the LPs and calling for their reissue. Die Grüne Reise, AR 3, and Autovision have all been reissued on CD, but good luck finding those reissues. For anyone whe would like to get their feet wet before jumping in head first, the compilation disc Echos aus Zeiten der Grünen Reise released by Polydor in 1998 contains selections from all six albums, and is a good starting point. There are three remaining discs in this box set, two of which are remixes assembled by AR in recent years, following news that the early albums were being sampled in DJ mixes; those creations are discs 8 and 10, Transformation Remixes 96, and prepared especially for this set Virtual Journey DJ Aspects. The ninth disc of the set is 14 Pieces for Guitar and Echo Chamber - The Pure Stuff, assembled from original private demo recordings Reichel recorded when the A.R. & Machines project was active in the early 70s. All taken, this set represents the complete works of the project to date, and in one beautiful package with Reichel’s own observations and anecdotes throughout the 96 page accompanying hardbound book.